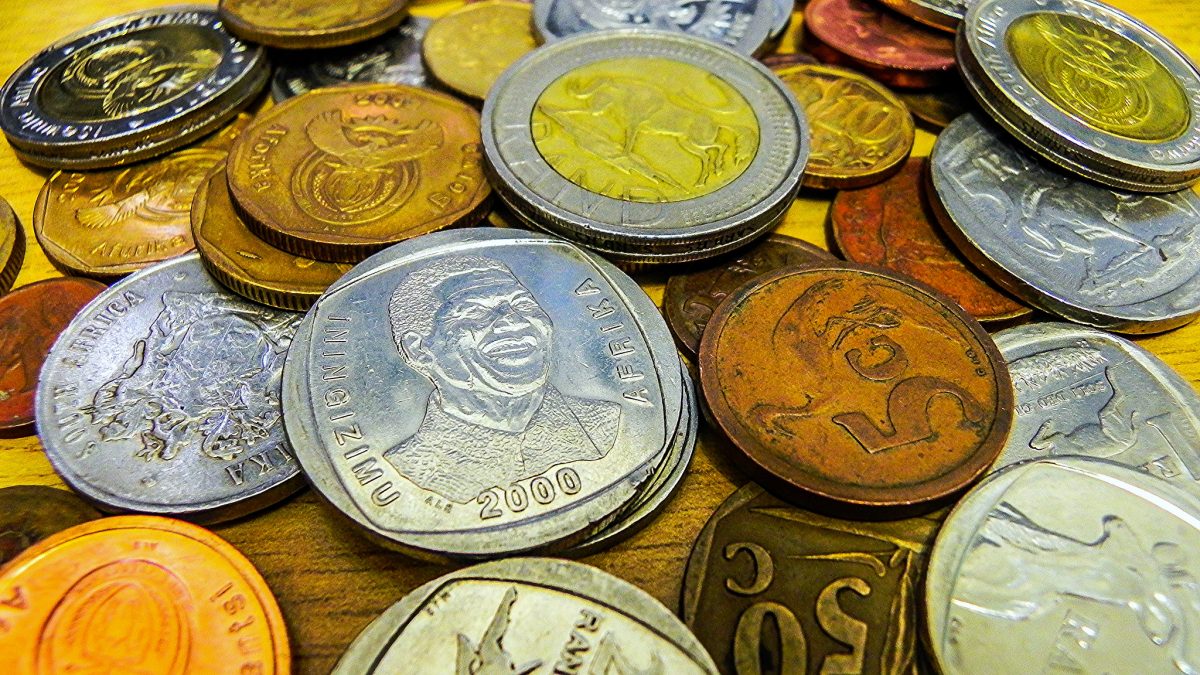 IFFs: From gunboat diplomacy to the negotiation table, By

To end IFFs, action is required at different levels – the national level action; continental or regional action; and global international cooperation. There should be no illusion that this will come easily because there are vested interests at each of these levels of action that prefer the status quo. At the end of the day, we have to accept that tackling IFFs is a governance and political issue.

Interaction with the global community is the inevitable reality of modern nation states and, indeed, societies. It is not a recent phenomenon. It has only become more enhanced across all levels of governance and social interaction in the global North and South. More and more activities are controlled by global standards in the wake of enhanced globalisation. The parameters of engagement are however not democratically or equitably designed and do not address the concerns of all state parties in equal measure. It is therefore left for each state party to see to its interests within permissible parameters.

The terms of engagement presents opportunities and challenges. Engagement suggests the opportunity to negotiate and reject or mitigate inimical clauses and conditions against any negotiating party. Unfortunately, the proliferation of precedents, standard form clauses, capacity inadequacy, poor governance, corruption and other myriad of factors continue to disempower countries in the global South from making the best of negotiations. Often times, it is not clear to them what to negotiate in their own behalf.

These factors and more have enhanced capital flight and undermined the growth potential of countries of the global South, especially in Sub-Sahara Africa, with its generous nature endowed resources. To reverse this trend, Nigeria needs to improve its ability to protect its interest, first, on the negotiation table where the agreement for engagement with the rest of the world is reached and in sectors and areas that have positive multiplier impact on the economy and the well-being of the people.

Prior to securing the contemporary opportunity to negotiate presumably on fair and equitable terms, nation states were subject to gunboat diplomacy. The term ‘gunboat diplomacy’ comes from 19th century literature and practice, when European powers intimidated less powerful states into granting concessions through a demonstration of superior military capabilities, usually naval power. During negotiations of any kind, European powers would deploy a fleet of ships to the coast of the other party, with great psychological impact of possible consequences should the negotiations fail. Gunboat diplomacy represents “the use or threat of limited naval force, otherwise than as an act of war, in order to secure advantage or to avert loss, either in the furtherance of an international dispute or else against foreign nationals within the territory or the jurisdiction of their own state.”

The ability to deploy naval power had advantages, therefore nations with capacity strategically established military bases around the world. The gunboat was also used to establish new trade partners, create colonial outposts and expand the empire. Nations without capacity depended on imperialists for raw materials and overseas markets. Gunboat diplomacy was used to collect foreign debts until the adoption of the Hague Convention (No 2) Respecting the Limitation of the Employment of Force for the Recovery of Contract Debts of 1907.

The gunboat approach was followed by diplomatic protection, whereby state parties exchanged notes on how their nationals, especially investors, were to be treated by other governments. Diplomatic protection meant that governments of investors and other negotiating parties would protest any unfair treatment of their citizens in trade and economic matters. This meant that once agreement was reached on any issue, that agreement must be respected, no matter how inequitable it may be to one party. Since it was negotiated, it was binding. Suffice to say that this approach has limitations, although it is still by and large applicable in international diplomatic relations, despite the fact that many of its guiding principles have be incorporated into post-World War II international multilateral treaties.

The trajectory of the development of advanced economies show that they developed largely on domestic public resources. Leaving international financial flows (IFFs) from Africa unattended is an existential issue because on the one hand, Africa is yoked by a debt burden, albeit of cheap loans and other development assistance (ODA) but there is a huge leak of IFFs since pre-colonial days that we are yet to plug.

Why focus on these areas?

Nigeria requires trade and investment to grow its economy. To attain this desire, we must have the potential to harness capital, technology and know-how in a manner that is not inimical to development. The investor, on the other hand, requires assurance of security and return on investment in a conducive business environment with ability to repatriate profit. The negotiated agreement is designed to protect the interest and concerns of the parties involved. Regrettably, developing countries like Nigeria have often found themselves on the wrong side of their aspirations as negotiators consistently and persistently negotiate perennial inimical bilateral investment agreements, in spite of available information about inimical clauses to avoid and existing bilateral investment treaties (BITs) to terminate or, at worst, review.

With trade, one of the key challenges is maximising the benefits from the liberalisation of trade and this is largely dependent on scope and coverage. Each country must select sectors where it can maximise its comparative advantage. This is a function of negotiation. Therefore, negotiators must understand the nitty-gritty of trade negotiation, otherwise inimical agreements will lead to illicit financial flows and further capital hemorrhage. The strenuous efforts of Europe to negotiate trade agreements with Africa, starting with the Yaoundé Agreement to the Lome Agreement to the current Economic Partnership Agreements (EPAs) are based on the potential beneficial impact of trade between nation states. At the global level, the World Trade Organisation (WTO) is the multilateral legal framework, and more recently the long awaited African Continental Free Trade Area (AfCFTA) makes improved trade negotiation capacity more compelling for Nigeria, the epithet of largest economy notwithstanding. Economic benefits and advantages are not conferred on a platter of gold, they must be negotiated thus negotiators must know what to ask for and what to reject.

Undoubtedly, taxation remains the surest and most dependable source of state revenue, upon which development planning can be based with some level of assurance. In this regard, state tax entities must be able to assert authority over business entities operating within their jurisdiction. Unfortunately, companies that operate in more than one tax jurisdiction began to exploit gaps in tax treaties to shift profit to low tax jurisdictions to the disadvantage, usually of developing countries of the global south. The ability of multinational corporations to avoid full tax liability is embedded in different aggressive tax avoidance practices and illegal tax evasion practices that require great skill and understanding, for personnel of tax authorities to unearth in order extract their fair share of corporate taxes from MNCs. Furthermore, international legal hurdles erected by countries of the global North have to be re-negotiated or mitigated to ameliorate the negative consequences of the capital flight occasioned by exploitation of the tax regime by multinationals.

The last area of focus is the natural resource and environment sectors. Nigeria, like many African countries, is generously endowed with natural resources. Maximising the benefits of these natural resource endowments requires the ability to negotiate with those with the finance, technology and know-how to exploit the resources in a way beneficial to the environment and the ultimate owners of the resources. In the oil and gas sector, negotiations will typically be between a national oil and gas company or other entities representing government and a foreign investor entity, usually another corporation. Takeaways depend on the negotiation skills of the government representatives on all aspects of the agreement, ranging from exploitation of the resource to sale of the product, sharing of profits, technology transfer, local content, environmental issues, and community rights, amongst other issues.

Domestic public resources are central to development planning because no country has advanced its economy through reliance on foreign investment, official development assistance or borrowing. The trajectory of the development of advanced economies show that they developed largely on domestic public resources. Leaving international financial flows (IFFs) from Africa unattended is an existential issue because on the one hand, Africa is yoked by a debt burden, albeit of cheap loans and other development assistance (ODA) but there is a huge leak of IFFs since pre-colonial days that we are yet to plug.

To end IFFs, action is required at different levels – the national level action; continental or regional action; and global international cooperation. There should be no illusion that this will come easily because there are vested interests at each of these levels of action that prefer the status quo. At the end of the day, we have to accept that tackling IFFs is a governance and political issue.

We need to improve capacity for reviewing trade documentation and preventing records falsification, especially trade mispricing; evaluation of the operations of multinational corporations in all sectors but most especially in the extractive sectors; reviewing contract clauses that facilitate IFFs; avoiding unnecessary tax exemption clauses designed to attract foreign direct investment; and paying attention to channels of tax exemptions…

So What Should We Do?

We need to improve capacity for reviewing trade documentation and preventing records falsification, especially trade mispricing; evaluation of the operations of multinational corporations in all sectors but most especially in the extractive sectors; reviewing contract clauses that facilitate IFFs; avoiding unnecessary tax exemption clauses designed to attract foreign direct investment; and paying attention to channels of tax exemptions, such as donor-funded projects, projects funded with contractor’s loans, projects funded with international development partner’s loans, contracts for projects on national security, etc. This will improve Nigeria’s desire to reduce IFFs, as many of these examples have become channels for IFFs.

Negotiators must desist from accepting contract splitting designed to facilitate IFFs e.g. artificially dividing a single contract into a number of smaller contracts in order to avoid tax, duties or levies. Multinational corporations with subsidiaries or associates in Africa are fond of splitting contracts into local and foreign components. The portion of the works that carries the larger value is later artificially classified as performed by the foreign company in its home country, typically a low-taxed foreign jurisdiction or a tax haven.

As a policy measure, Nigeria should avoid awards to shell companies incorporated in tax havens. Such companies win big contracts only to sub-contract them to local companies at the fractions of their costs and they then repatriate the huge difference (profits) abroad.

We need to also tackle corruption perpetrated by officials who accept gratification to award contracts and accept clauses with odious obligations for the government, which is inevitably defaulted, thus leading to penalties that are shared with officers that accepted such clauses in the first place.

Without dealing with IFFs, Africa cannot and will not achieve the Sustainable Development Goals (SDGs). She will also not be able to control its development priorities.

Bolaji Owasanoye, a Senior Advocate of Nigeria (SAN), is the Chairman of the Independent Corrupt Practices and Other Related Offences Commission (ICPC).

Good journalism costs a lot of money. Yet only good journalism can ensure the possibility of a good society, an accountable democracy, and a transparent government.

For continued free access to the best investigative journalism in the country we ask you to consider making a modest support to this noble endeavour.

By contributing to PREMIUM TIMES, you are helping to sustain a journalism of relevance and ensuring it remains free and available to all.