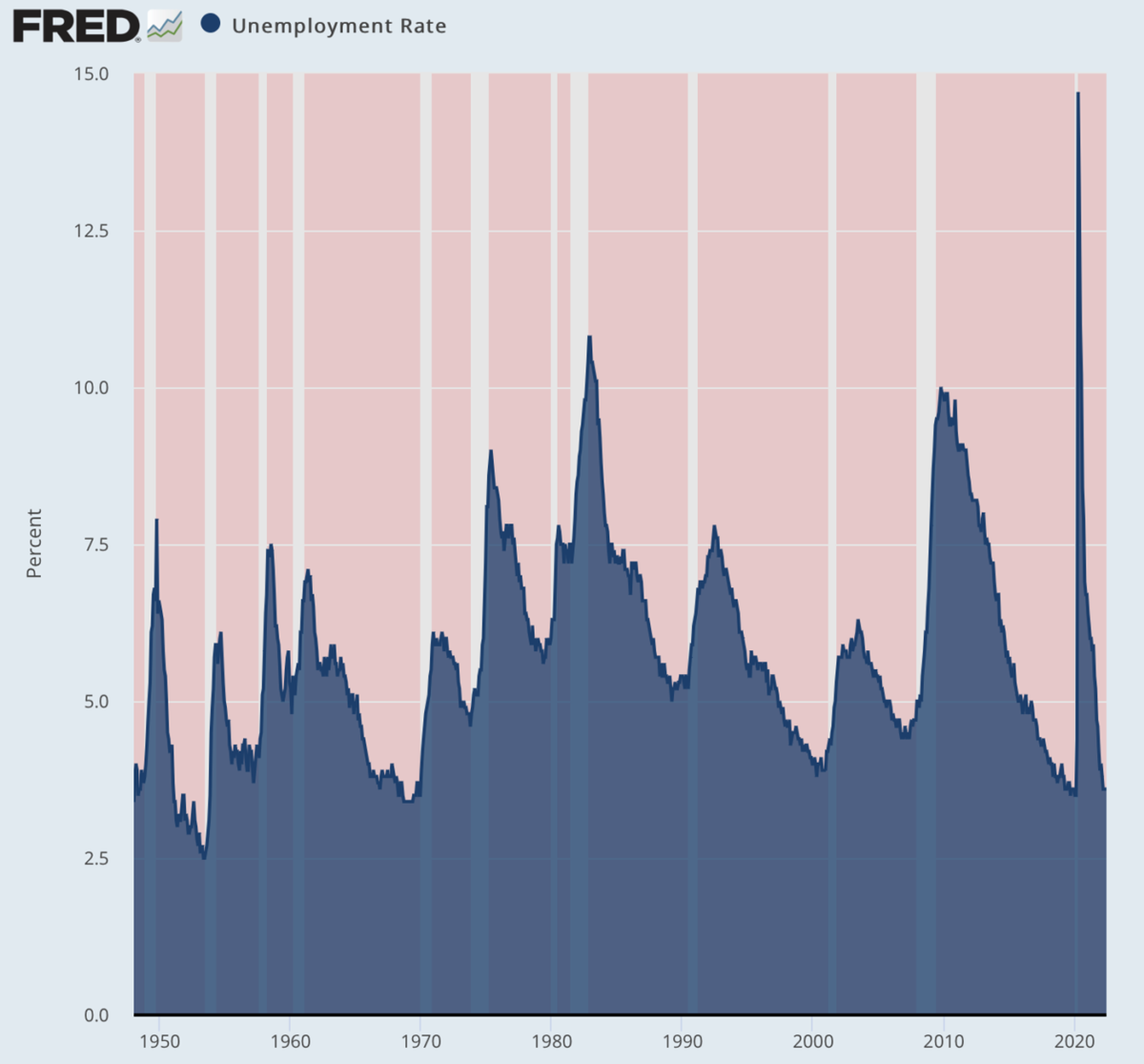 What If We Define Recession Away?

Another word has lost its traditional meaning. It’s the word “recession,” which is a postwar neologism in any case. The word “depression”—from the idea of depressed economic condition—became unsayable following the disaster in the 1930s. So the wordsmiths got busy and invented this new term based on the idea that the economy is merely in recess, which means to adjourn.

For decades, we had a stable definition of recession. It meant two consecutive quarters of declines in gross domestic product (GDP). That’s it and nothing more. Whether it was a good measure or not, at least we had a standard to look at trends over time. We knew for sure what the word identified.

To be sure, the U.S. government never officially declared when a recession took place. That task has traditionally been outsourced to the National Bureau of Economic Research (NBER), a venerable institution that serves as a platform for a huge range of innovative ideas. NBER is the guardian of orthodox business cycle theory, and it’s charged with codifying its peaks and troughs.

Starting in October 2020, NBER made a dramatic change in its methodology. It no longer accepts the traditional indicators for declaring when a recession is on. Instead of two quarters of declining productivity as measured by the GDP, the committee charged with the task is looking more broadly.

“There is no fixed rule about what measures contribute information to the process or how they are weighted in our decisions,” NBER says.

The statement of change makes mentions the reason for the shift. It was the utter chaos of lockdowns that caused economic activity to grind to a halt. Why would governments do such a thing that so profoundly wrecked so many lives? Oh, that was done to suppress a virus that everyone ended up getting in any case. Historians will marvel.

Regardless, the lockdowns posed a real problem for economic statisticians. Normally, business cycle patterns were thought to be organic to the market: periods of excess exuberance followed by a corrective pattern to get things back on a sustainable path. They were never seen as something forced on the whole of society. This time it was, and it presented major problems. Everything fell apart and this was reflected in labor and productivity data.

Was this a traditional recession? By no means. It was forced and sudden inactivity. Still, NBER decided to call it a recession because it was so extreme. They threw out their old definition and adopted a more broad subjective understanding. They declared a quick recession over two months from March to April 2020. In some ways, this makes sense. For such an economic shock to not show up in the shaded areas of a long-run chart makes no sense.

In explaining the new way, NBER says it’s newly focused on “payroll employment” as part of the evidence for whether a recession is taking place. Again, in the spring of 2020, unemployment went through the roof.

Surely that reality needs to figure into business cycle dating! That made sense at the time. But then, a very strange thing happened. Having been forcibly unemployed, many “nonessential” employees decided to throw in the towel. They never came back. What was the effect on the data? No longer looking for work, they aren’t considered unemployed. Therefore, the current unemployment rate, following a full quarter of depressed (sorry, recessed) economic growth is 3.6 percent.

As an aside, just so you know how goofy the macroeconomics of old could be, there was a time when such a low rate of unemployment, far below “full employment,” was seen as somehow dangerous. It was once believed that this was a sign that the economy was “overheating”—obviously ridiculous in the present case.

So, having said that unemployment must be a factor in defining recession, we suddenly have the opposite problem. There’s a dramatic labor shortage. There are venues all over the country with waiting customers that can’t recruit employees to serve them. This is also affecting health care delivery and transportation, particularly airlines, as you know all too well if you have tried flying lately.

This is the first period of declining economic growth mixed with a labor shortage we’ve ever seen. What to do with that? The experts don’t really know.

That really matters right now. Next week, the first-round estimates of second-quarter GDP come in. They will likely show a continuation of economic decline (though we can’t predict with certainty). That would be two successive quarters and, hence, officially a recession—if this were two years ago! Today, not so much. NBER is likely to strike an agnostic pose on this one.

In the end, we all know of terrible economic conditions under which we live, with goods and labor shortages, falling profits, job insecurity at the high end, and companies begging for workers at the low end. It feels like a recession by any standard. But based on what I’m seeing, it will not be declared. We will be in the midst of a thing that will remain unnamed.

Another example comes from the Federal Reserve. The aggregate called M1 had a very stable definition for many years: It was basically cash, checking, and savings deposits. It was a measure of how much money was floating around. That became confusing over time because of financial deregulation and the new habit of keeping liquid funds in a myriad of other places, such as money markets.

Of all times, the Fed chose May 2020 to update its definition of M1, resulting in an astonishing spike, simply because the data wasn’t backdated.

I simply can’t see the point of doing this at all. What interest does it serve? What confusion does it sort out versus sowing more confusion? And what about those other innovations in money measurement? Two examples were M3 and MZM (which stood for money of zero maturity). Those were broad and useful. I at least liked them.

Then one day, they were just discontinued. Gone, just like that.

At least we still have M2 as the one reliable thing to which we can look to find out what’s going on. Because of that, we can discover that the money supply actually increased by $105 billion from May to June.

But how do we know that the Fed will retain this measure? What’s to stop the Fed from also “discontinuing” that one?

We truly do live in times in which words are losing their meaning. We could cite the obvious case of such settled biological categories of “men” and “women,” but there are less obvious cases that we experienced during the whole pandemic.

For example, we used to know what a vaccine did. Now we aren’t so clear. The WHO even briefly changed the definition of herd immunity before changing it back. Infections and cases were conflated. It all seemed like a deliberate attempt to confound the population.

It’s pathetic to see economists getting in on the act of changing meanings in service of larger interests. The result this time is that we could experience the worst economic conditions of our lifetimes and yet we won’t have a name for it and it won’t appear in the shaded areas of the historical charts.

Views expressed in this article are the opinions of the author and do not necessarily reflect the views of The Epoch Times.

Jeffrey Tucker is founder and president of the Brownstone Institute. He is the author of five books, including “Right-Wing Collectivism: The Other Threat to Liberty.”
Produktifitas